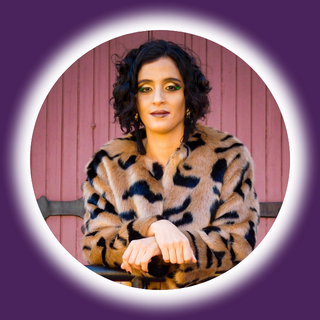 If life was a game, most of us are stuck in level 1

Let’s play a game where we pretend a spell has been put on us and we are figuring our way to break it.

The spell in itself is a game. It has layers. It is not linear. You might find yourself breaking through a layer and next thing you know, something will suck you back to level 1.

The first layer is an illusion spell.

For a while, the illusion works. You decided (consciously and unconsciously) how it would work for you.

In the world of illusions, the Rebel Princess has her weapons of choice - her intellect, which she wields like a sword, and her emotional shield, which keeps her from showing any weakness in front of her enemies.

The entire first layer is illusion upon illusion. A Rebel Princess can be stuck playing in that layer forever.

The illusion that hard work is the solution can keep her in a loop of overachievement and burnout.

The illusion that her emotions are weakness can keep her disconnected from herself and others.

The illusion that she needs to do everything right and carry other people’s burdens can keep her from answering the most fundamental question - WHAT DOES SHE WANT?

The Rebel Princess is built to fight, there’s no doubt about that.

But even the most tenacious warrior needs a break.

How can the Rebel Princess break through that spell?

Life takes care of it.

It shows up as betrayal, disappointment, resentment, anger.

The real question is, will the Rebel Princess understand that the spell is broken and that the tools that helped her survive in that level will not help her with whatever comes next?

Letting you in on the process of healing from perfectly hidden depression and the courage it takes to create without the torment of the inner critic.