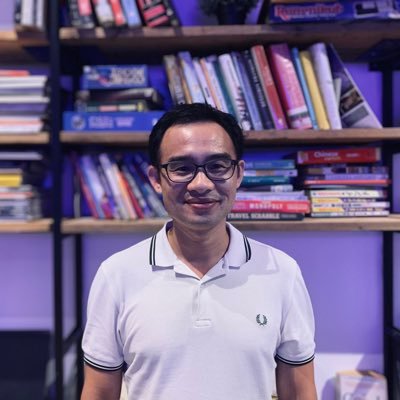 Nearly a decade ago (April 2012), I landed in Silicon Valley for a backpacking trip in 10 days and I had no planned agenda for the trip.

During 1997-1999 when I was still in high school, I read stories about the founders of Yahoo and "The road head" book from Bill Gates. I had a dream to visit Silicon Valley one day. 5th April 2012 was that day.

I bought a round-trip air ticket from Cathay Pacific. I landed in SFO at midnight, too late to take a train and the taxi fare was expensive. I slept on the airport floor that night.

The next morning, I took a bus to explore the Bay Area. I had no specific destination, no friend to meet. I just sat on the bus, let the driver carry me around to different places.

At the end of the first day, I was too tired with the suitcase following me everywhere. Airbnb was already popular, I tried to contact 5 hosts. I could not wait for more than 10 minutes, I walked into a hotel on El Camino Real road and rented a room for a few days.

Keep it fluid with an open-ended agenda

After settling down, I turned on my laptop and open meetup.com to search for events happening in the next 10 days. I decided to go to a NodeJs developer meetup hosted by Microsoft, a fund-raising event on Sands Hill Road, an after-hours event on the same night as the fund-raising one.

After finishing the fund-raising event, I took a taxi to go to the after-hours one. It was almost 10:00 pm, a handful of people stayed around and were talking. Haven't had dinner yet, I grabbed some left-over pizza, sat down and talked to a man. He was asking me if he should invest US 5000 into a 10-week program to learn full-stack web application development. He was doing something else and wanted to switch his career to tech.

After giving some advice to him, a tall-and-bald man sitting beside me asked me where I came from. Having heard my story, he decided to give me a drive to the hostel where I stayed with a few other NOC students. Along the way, he talked about his startup organization and its mission. He asked me to go back to Singapore and helped him start the community.

I agreed and that was the best decision I made during that trip.

I am a software guy but enjoy community building. I found Startup Grind Singapore and now https://Vietneer.community. I am based in Singapore, dad of 2 boys.