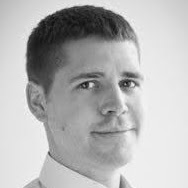 The single free database tool to improve and monitor performance. Every MySQL, PostgreSQL, or MongoDB admin should know it

As a CTO of a software company, I saw teams struggle with application performance way too often. Many times it led to frustrations and conflicts between developers and administrators. It doesn't matter which DB technology it was MySQL/MariaDB, Postgres, or MongoDB, the pattern was the same.

The development team pointing that bottleneck is on the database side, administrators pointing back at the application, saying that according to monitoring tools like Nagios or Zabbix servers "are bored".

The painful and slow manual process

Without the right tool which closes the gap between developers and administrators, this process often leads nowhere.

Percona Monitoring and Management solves it all

It surprises me that PMM (Percona Monitoring and Management) is so rarely known among administrators and DevOps teams. Just a few examples of what it can do:

And above all this, PMM is a free and open-source tool.

The interface of PMM is easy to understand for developers and admins so it naturally becomes a common ground allowing DevOps magic of cooperation to happen.

Literally, It saves my teams tens of hours every month.

Want to try it out? You can grab PMM from the Percona official website: https://www.percona.com/software/database-tools/percona-monitoring-and-management

Founder and CTO of Macopedia - a 100% bootstrapped web agency. Writing about e-commerce, challenges of digital transformation, and software development.